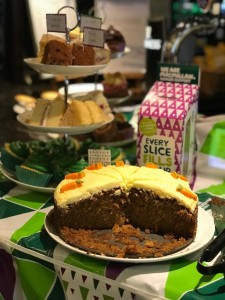 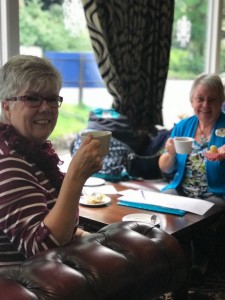 We have been tucking into cake and enjoying tea and coffee here at The Buckatree Hotel – all for a good cause.

We took part in the World’s Biggest Coffee Morning on September 29 to raise funds for MacMillan Cancer Support and it has been a huge success.

It was the third year we have supported the charity through its popular coffee morning and we were delighted to welcome plenty of customers to enjoy a chat and a piece of cake with us.

I’m General Manager Wayne Jenson and I’m delighted to say I had a particularly enjoyable morning as I was crowned Star Baker for what was described as an extremely tasty carrot cake and brownies – I’m delighted!

The event is especially close to our hearts as our team leader Martin Vickers, who has worked at the Buckatree Hall Hotel for more years than he cares to remember, has now been cancer free for eight years and had major heart surgery five years ago.

In 2012 he then had major heart surgery having suffered a worrying heart attack, which was preceded by more than 30 smaller attacks.

So we always like to support MacMillan Cancer Support.

He told us: “I am a cancer survivor. I had a lot of help and support while I was going through my treatment, mainly my family.

“When I was first diagnosed people from MacMillian Cancer Support came and spoke to me, gave me leaflets about the financial implications, which I had never thought of.

“They talk to you on the ward about what is going to happen to you and when.

“I managed to live through it but as a survivor, when you talk to people who have lost people – family members or friends – to cancer, you feel guilty. Particularly if they are much younger than me.

“I just want to give som–ething back so I’ve started fundraising for MacMillian.” 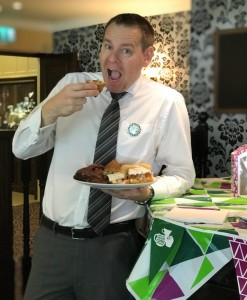