It’s been a busy summer (where does the time go?) and as always our owner Grant has been spending money!

This time it’s our fantastic Pagoda which sits at the end of the gardens, overlooking the lake. We had the structure shipped over from America and we think it looks great.

I’m Wayne Jenson, General Manager of the Buckatree Hall Hotel, and I’m delighted to say the pagoda has already been used by a number of brides and grooms for their pictures.

The plan is to have it licensed in time for next summer so we can hold outdoor weddings.

The pagoda was constructed by our hotel maintenance manager, Phil Brown, who worked tirelessly on it for two weeks, even in the pouring rain (poor Phil!).  Phil always goes one step further than the actual brief though and installed the decking around it which has the same appearance as one of those fancy infinity pools you see abroad, he also installed power for music and LED lights.  Not content he then decided to build new steps leading down from the hotel to the lawns (it’s a good job Grant doesn’t have short arms and deep pockets!).

It was great to watch the progress and guests would often go out to chat to Phil about what he was making, some even tried to employ his services for their own gardens!

We are in such a fabulous location with The Wrekin right on the doorstep so it is really important that we make the most of our surroundings.  Let’s hope the authorities approve and grant us the license for next year – fingers crossed. 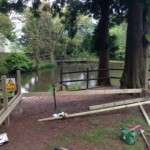 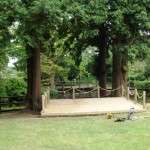 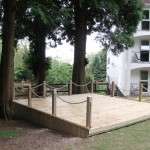 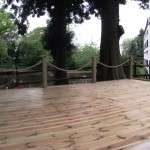 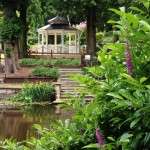 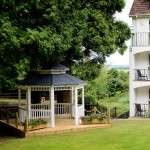 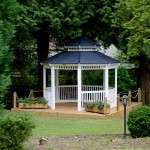 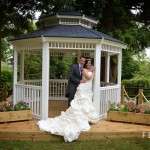 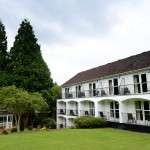