The Hands Around The Wrekin event here in Wellington, Telford, is almost upon us,.

Sunday 21st September is set to be a great day which will bring our community together in an attempt to break not just one but four world records!

I’m Wayne Jenson, General Manager of Buckatree Hall Hotel, and we’re really looking forward to the day. About 8,000 people are expected to enjoy the day so we better start cooking the burgers and sausages for the BBQ now!

Here at Buckatree Hall Hotel Emma has arranged a Pirate Ship themed Bouncy Castle to keep the little ones entertained along with a face painter and music.

Of course, the main attraction taking place is the world record attempts which will happen at the base of the Wrekin itself, in addition a field to the side of the hotel will be the main entertainment arena.

Entertainment has been planned from 10.00am to 12.00pm and then again after the record attempts from around 3.00pm to 4.30pm.  Acts include, Connor Harris, Wrestling and the Jubilee Band.

The roads around the Wrekin, and therefore the road in front of Buckatree Hall, will be closed from 10.00am to allow safe passage to pedestrians.

But if you are coming to the hotel you can still gain access in your car, please be careful, and, be warned, the Buckatree Basset Hound aka Geoff will be on car park patrol!

Let’s hope the sun shines and that lots of money is raised for the nominated charities associated with this great event. 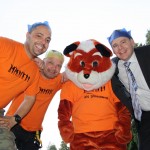 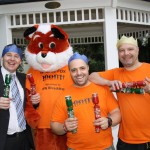