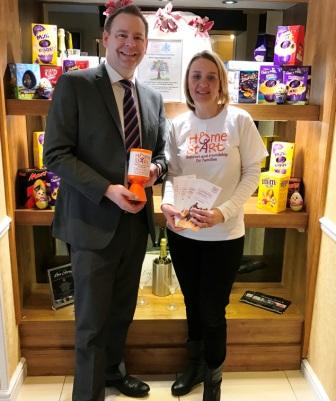 You may not know but each year we pick a charity to support for 12 months, raising as much money as possible to assist the fantastic work they do.

There are so many incredible charities out there, especially within Telford which has an amazing sense of community, so it’s always tough to come to a decision – but I’m delighted to confirm Homestart Telford and Wrekin is our choice for 2017.

I have to admit to knowing little about them before I met their fundraising manager Julia Allinson at a Shropshire Chamber of Commerce event held here at the hotel.

But as soon as I got talking to her, I realised what fantastic work the charity does and what a difference they make to the lives of families in Telford.

In fact they scooped the Businesses for Children Award Charity of the Year title earlier this month.

The aim of the charity is very simple but very important: to support those with children under five who may need a little extra help, whether they’re struggling with isolation, disability, domestic abuse or they’ve had twins or triplets or even just a hand to re-adjust to their new family life after having a baby.

They do this by training volunteers who then spend time with that family each week to help them find ways of coping and they also fundraise to take people out for rare days out and activities they probably wouldn’t otherwise be able to enjoy.

In addition, the team runs a number of courses which are all aimed at increasing parents’ confidence and helping them to raise happier and healthier little ones.

Simple things like having a listening ear for a couple of hours a week, having some support to get out of the house or complete day-to-day tasks or having the chance to enjoy going out together are something all too many of us take for granted but for some it’s their only lifeline.

And that’s why myself and the team at the Buckatree are determined to make this our best year yet for fund-raising. We’re already planning a busy calendar of events which will include a big gin-themed event we know will be really popular!

There are collection tins in place in our reception and guests will be able to buy Easter eggs to donate to a child supported by Homestart.

We’re also all ears if you have a fundraising idea to help the charity and would like to talk to us about hosting your event at the hotel.

Thank you in advance to anyone who helps us help Homestart this year and do check back on our blog as we’ll be updating you throughout the year on upcoming events and how much we’ve raised. 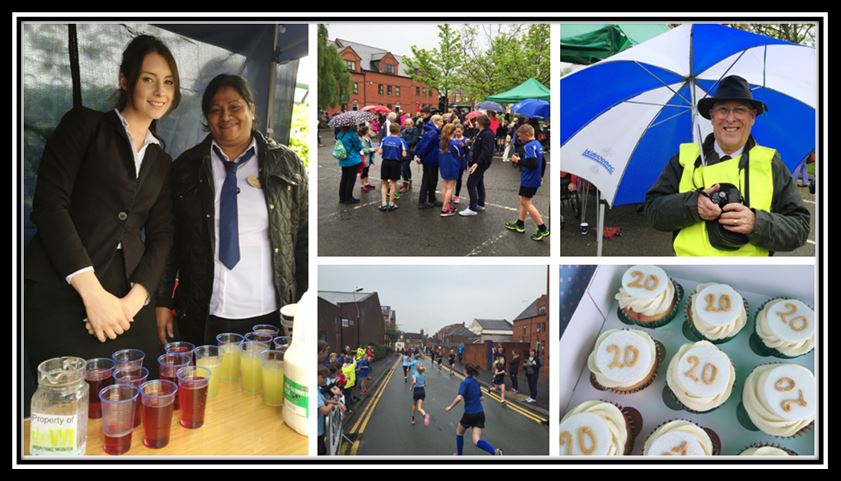 It’s not often you get a big charity event on your doorstep, so when it does happen we feel it’s best to get involved.

And we were delighted to be involved in the Bayley Mile in Wellington yesterday.
Not sure what it is? Let me tell you.

I’m Wayne Jenson, General Manager at Buckatree Hall Hotel, and I first heard about the Bayley Mile when I was looking into events that happen near our hotel. We like to be involved in a number of events nearby and help out whenever we can so this seemed like the perfect opportunity.

This year it was the 20th anniversary of the event and we were so proud to be there watching these eager students – competitiveness was truly alive!

We pitched our gazebo in the car park by Wellington Civic and Leisure Centre and handed out squash, tea, coffee and biscuits to those who deserved it as well as family and friends who had come along to offer support.

And boy did they deserve it!

We had never been before so we were not sure what to expect but it was just a brilliant community event which celebrated everything about Wellington and the people in it. The children were great, I think many miles had been trodden in preparation and practice for the event and many trainers worn out.

Medals were presented by Paralympian Mickey Bushell MBE, who lives just down the road in Arleston!

It made us very proud to be based in Wellington and very proud to call this our local community. People were certainly thirsty after all this hard work so we were pleased to be able to provide the squash and biscuits to refresh them a little. It was a warm afternoon but thankfully not too sunny and no rain.

There was an open race at the end of the day too, for anyone who wanted to show the kids how it’s done – if only I hadn’t been wearing a suit or due back at the hotel, I definitely would have been able to show them a thing or two! 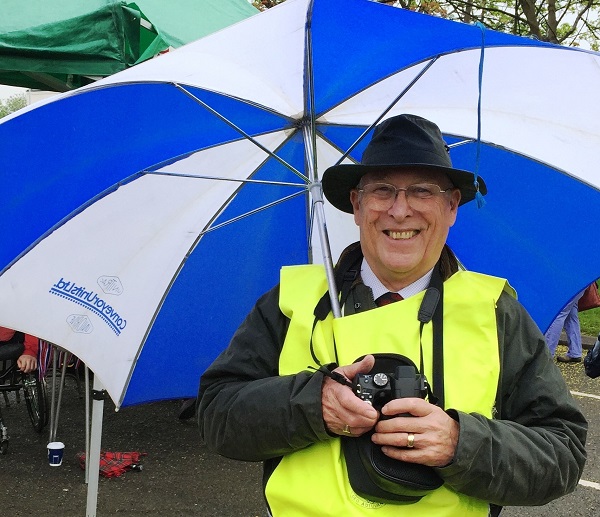 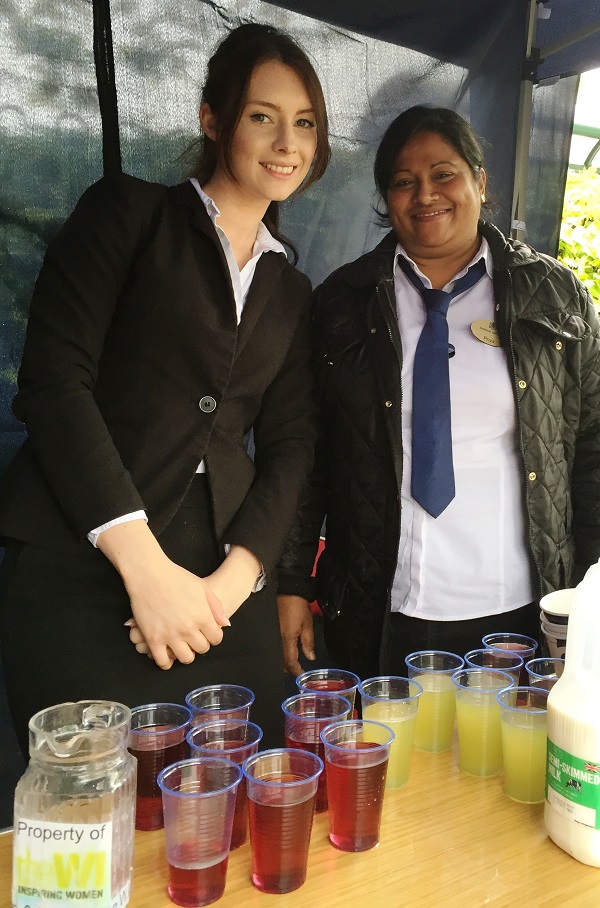 20 years of the Bayley Mile 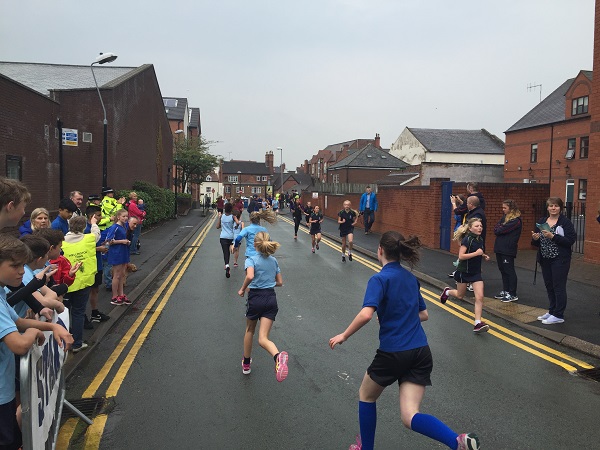 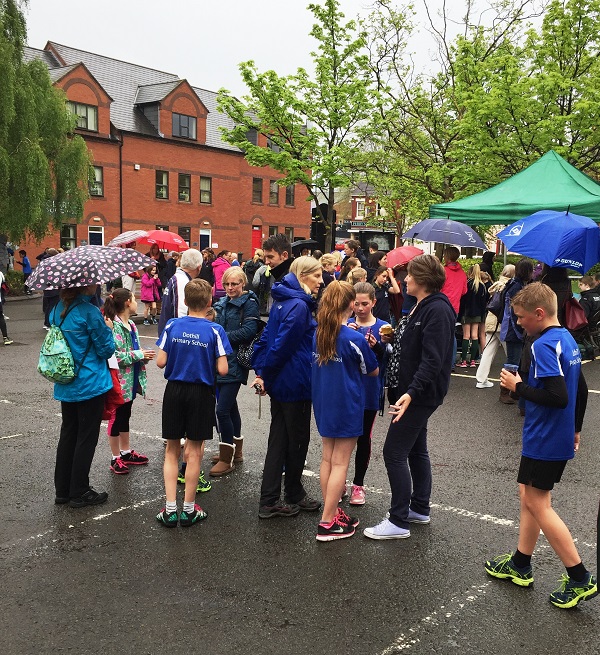 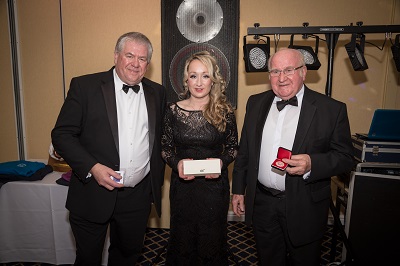 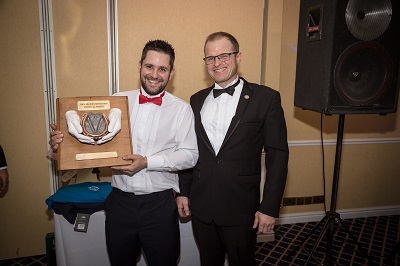 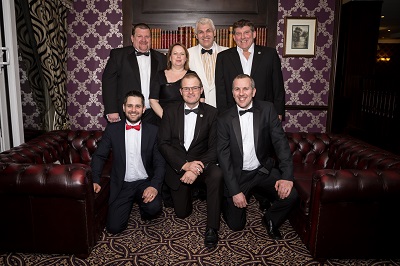